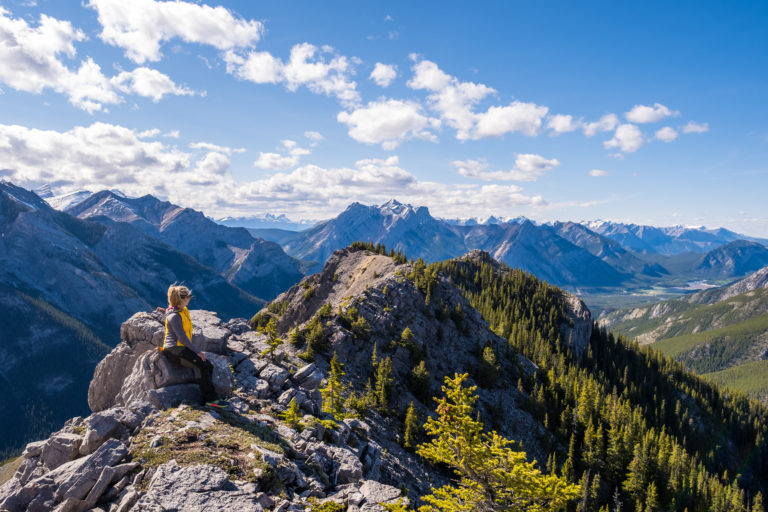 Wasootch Ridge is a favorite hike near Canmore in Kananaskis Country. The trail is straightforward to follow and gains quick elevation then travels along a ridge that delivers spectacular views. The roadway slowly evaporates from view on the ridge before a challenging scramble to the peak.

There is a scramble at the end of the ridge which can be avoided, and the trail is plenty wide enough for the first 5km with no exposure. The result is a dog/kid-friendly hike that doesn’t need to be completed in its entirety to enjoy as the views are great early on the trail.

The trail through the woods is not technical with plenty of traction on dirt. Once you come out of the forest takes 20-30 minutes, depending on your fitness, you’ll be treated to some fantastic views of Barrier Lake to the North and Nakiska to the South.

The hike then continues along the ridge for several kilometers where you’ll climb up and down a series of five “peaks”. Towards the final and tallest point the ridge turns into a scramble.

The scramble is difficult with several moves that are high exposure. Its first technical move may be the most exposed with a rock less than a meter wide and a tall rock wall on either side. This section of the trail should only be attempted by advanced hikers/scramblers. The vast majority of hikers either turn around before this point or at the beginning of the scramble.

The view above is towards the end of the scramble before the last few moves to arrive at the final peak. Most hikers do not see this view.

In hindsight, I’ve researched that it is possible to avoid the scramble by descending the ridge on the and traversing before ascending for the peak again. From here it’s only the halfway point as you turn around and make your way back to the parking lot along the same trail. It is possible to descend the backside of the peak for a circuit, but the descent involves bushwacking and loose scree.

Past reviews discourage this route as it’s dangerous, a pain, and then ends with a long walk out Wasootch Creek, so it’s best to return the way you came making Wasootch Ridge an out and back hike and not a loop.

The trail is 15.4 km in length and has an elevation gain of 850 meters. You should expect a long hike day out. We spent around 7 hours on the tail and took time for photos and lunch with no rush to finish. It’s a stunning hike and the perfect place to unwind in nature.

How Hard Is Wasootch Ridge Trail?

Although AllTrails rates this as hard, we would put it slightly above moderate. The initial onset is very steep that will have your legs burning, but once past that it’s a very moderate trail. The other reason for a hard rating is the exposed scramble that can be avoided on the trail. We saw all ages of life on this trail.

When Can You Hike Wasootch Ridge?

Wasootch Ridge is a great trail to do all year round. This trail would be best between April and October, though I’ve seen photos in the winter and the images are gorgeous. Just make sure you have gaiters, crampons, and poles if you decide to do a winter hike.

It receives a lot of sun exposure, and since it’s not as high as many other trails, it is one of the first for the snow to melt. We hiked in early June, and the path was dry with only a patch or two of snow underneath a few trees. With a pair of microspikes, gaiters, and poles you could easily handle this trail with a bit of snow in February or March.

How Popular Is Wasootch Ridge?

Wasootch Ridge is one of the most popular hikes in Kananaskis country, so I wouldn’t expect to have the trail to yourself. With that being said, it’s nothing like the more popular easy trails off the Bow Valley Parkway or around Banff.

We hiked Wasootch Ridge on a beautiful weekend day and found a full parking lot. On the trail, it’s easy to find your space, but you’ll pass another group every so often. There are families and people walking their dogs on the trail. If you’d like a more crowd free experience head out on a midweek day!

Most of the trail is moderate, but as mentioned at the beginning, there is a steep climb up and down. However, once you’re on the ridge, it’s a moderate hike. Big dogs should handle the trail just fine, and it’s widespread to see dogs on the trail. Rember to bring a leash harness, it’s the law and proper trail etiquette. Children above eight should be fine we did see one family on the hike, but of course, every child is different and you’ll know their fitness best.

What to Wear On a Hike in the Rockies?

what to wear hiking in the rockies 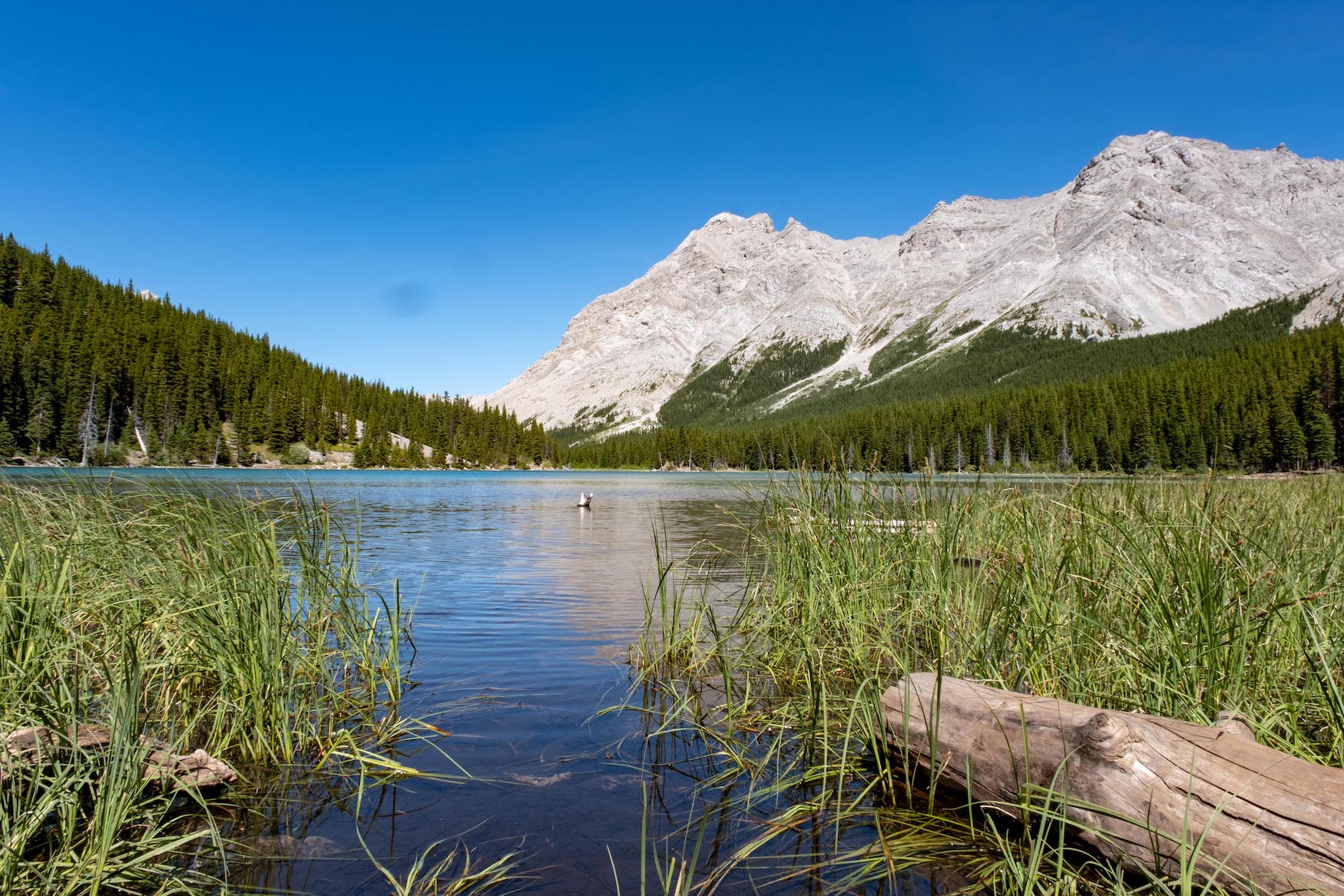 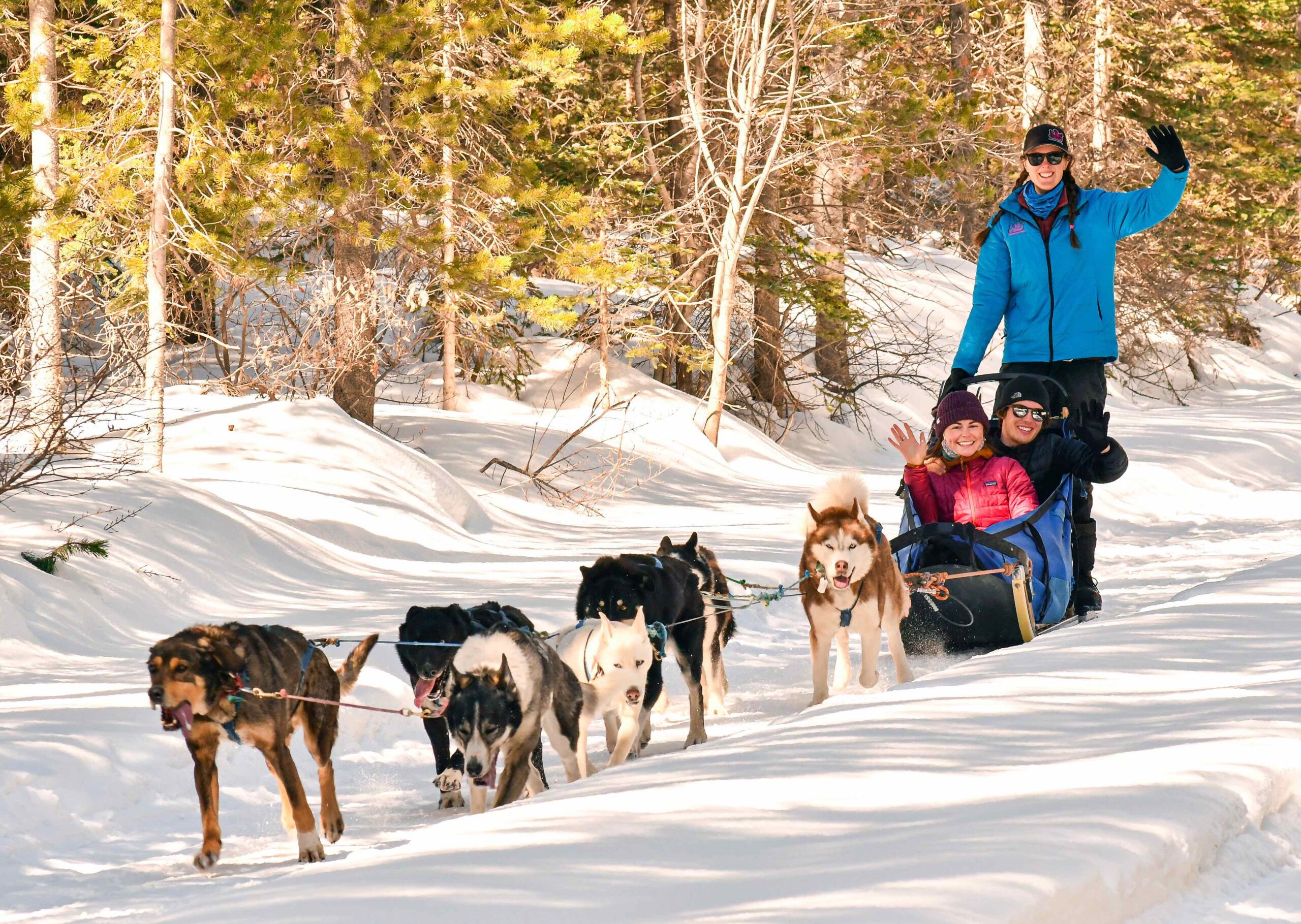 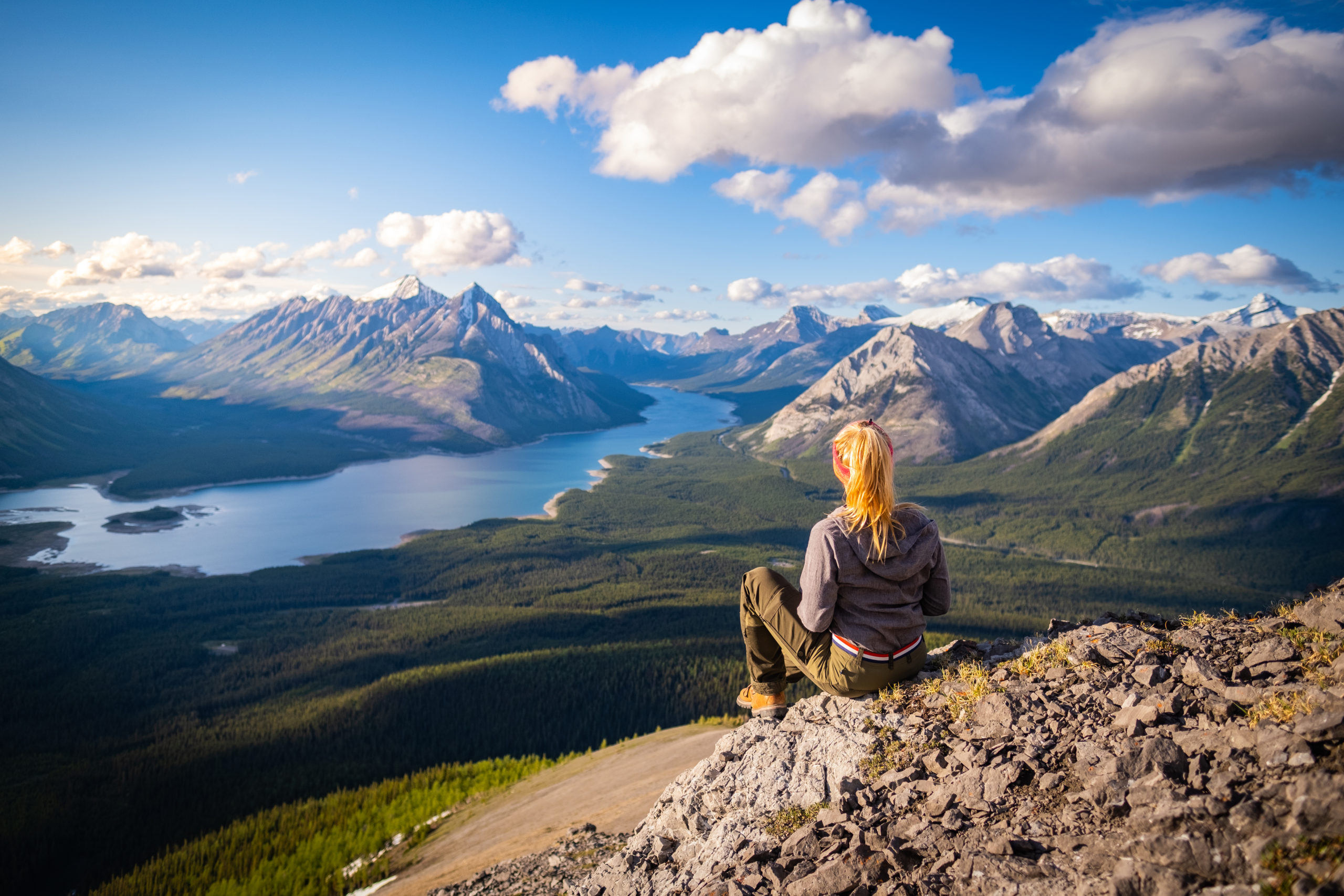 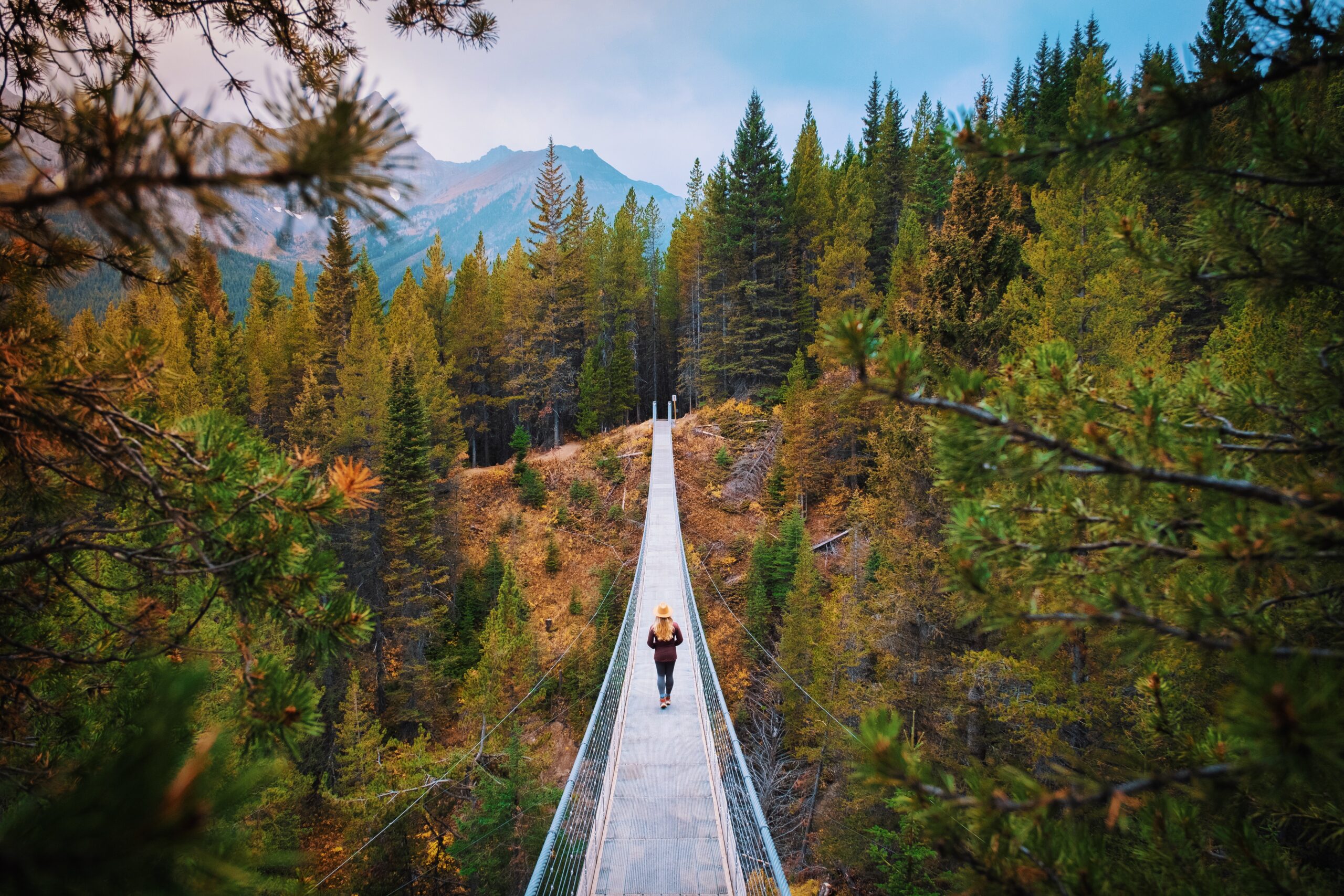