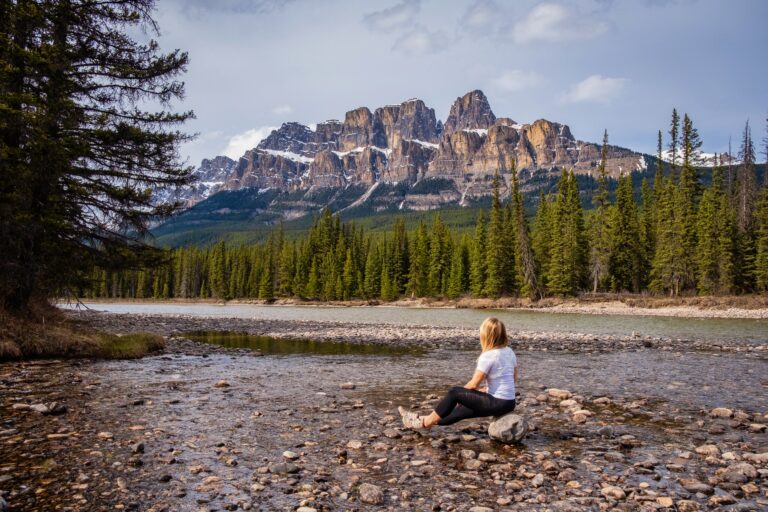 If you’re planning on visiting Banff in June be prepared for lots of unpredicted weather. In general, Banff in June is a lovely time to visit. It’s still the shoulder season, so crowds are lower than in July and August, but it quickly picks up towards the end of the month.

While June in many other parts of the world means summertime, in the Canadian Rockies it means sun, rain, cold temperatures, and a whole lot of changing weather that is very unpredictable to predict.

That being said most of the snow has melted at lower elevation points, and most of the lakes have completely thawed by now making it a great time to enjoy plenty of activities on offer in Banff.

Things to Know Before Visiting Banff in June

As mentioned it’s sort of getting into summer by the time June arrives. This is the end of the ski season (boo), but that doesn’t mean that Banff isn’t without anything to do (yay). It’s a good time of year to visit Banff for hiking; the trails start to get popular in June. Though many are still a little wet and muddy.

However, even though day temperatures are pretty high (we’re talking highs of 2-°C), once the sun goes down, it’s still very cold, hovering just above 2°C. The good news is the glacier lakes are now thawed. Lake Moraine access road opens by early June and you’ll finally be able to see the majestic body of water. The bad news? Crowds are coming.

June is your last month to score shoulder season prices, once July hits accommodation options narrow and prices in Banff creep up. If you had plans to go camping in June it’s best to book your camp reservations early in advance.

Banff can still be quite rainy and wet in June. So when it’s nice out you better get outside and play!

What to Pack for Banff in June?

Don’t plan on busting out the shorts and flip flops quite yet. June is a mixed bag. Leggings and fleeces will come in handy as well as a packable rain jacket and hiking boots. However don’t hesitate to bring warm weather clothes – you never know what the mountains have in store for you this time of the year.

Can You Visit Lake Louise in June?

Lake Louise should be completely thawed now, and the water will be so blue your eyes may hurt! Heading to the Fairview Lookout, Lake Agnes Teahouse, and even the Beehives are attainable now as the snow has melted in most of the higher elevation places. Although attempting summits like Devils Thumb, Mount Niblock, Fairview Summit, and Mount Whyte will need a few more weeks.

I love visiting Lake Louise in June because it’s summer, the weather is amazing, the water is Kool-Aid blue, and the crowds aren’t at their peak…yet. You’ll probably still be able to get parking without all the hassle of arriving at the crack of dawn too.

It’s possible to rent a canoe now and hit up the water. Lake Moraine Road should be open by now and a fun thing to do is combine Lake Louise with Moraine Lake for the day!

Can You Visit Moraine Lake in June?

The access road to Moraine Lake is typically opened by June, making it a great time to visit. Moraine Lake should be completely thawed by now, although there may still be a few ice patches floating around. Once Moraine Lake Lodge opens up you’ll be able to rent a canoe and paddle around the beautiful lake. Scrambles like Tower of Babel are also safe and good to go now as well.

Things to do in Banff in June

The Legacy Trail is a 27 km paved trail that runs between Banff and Canmore and is an excellent way to get active and take in the sites. It’s one of the best things to do in Banff in June as the trail is snow free. I bike the Legacy Trail a few times a week and love the challenge. The views never cease to amaze me. If you have your own bikes that’s ideal, but you can also rent bikes for the day at Rebound Cycle in Canmore.

Kananaskis Country is a provincial park right next to Banff National Park. It’s lower in elevation so when the snow isn’t quite melted in Banff yet you can head to this part of Alberta. There are some fantastic hikes in Kananaskis and the mountains are just as beautiful. Some of my favorite early season hikes in Kananaskis are Prairie View Lookout, Tent Ridge, Wasootch Ridge, and Read’s Tower.

The Icefields Parkway is said to be one of the most beautiful drives in the world. And after driving it many times I would have to say I agree. It honestly never gets old either! The Icefields Parkway runs from Lake Louise to Jasper and has plenty of waterfall stops, and photo points along the way.

read everything you need to know about driving the icefields parkway

Johnston Canyon is a highlight for many on their trip to Banff and it’s an easy Banff hike good for families. The trail through Johnston Canyon moves through the center of the small canyon until reaching the Upper Falls.

It’s possibly the busiest trail in all of Banff so in peak season you’ll need to arrive early if you want to avoid the crowds, even in June. That being said Johnston Canyon offers some splendid natural features and its accessibility to everyone makes it a stand out.

Lake Minnewanka is the largest lake in the park and is located just 20 minutes from the town of Banff. It’s a great lake to head to if you just want to chill by the water for the day, but it’s also great for canoeing or renting a motorboat. Yup – it’s one of the only lakes in the park where you can rent yourself a motorboat with a group and enjoy the views from the lake!

Want to get into the mountains, but have the safety of harnesses and a mountain guide? Mt. Norquay’s Via Ferrata is the perfect thing to do for those looking for a real adventure in the Canadian Rockies.

This is an assisted climbing experience up Mount Norquay. There are four different routes that vary in length and difficulty. Perfect for any visitor in Banff with many different options for families too. 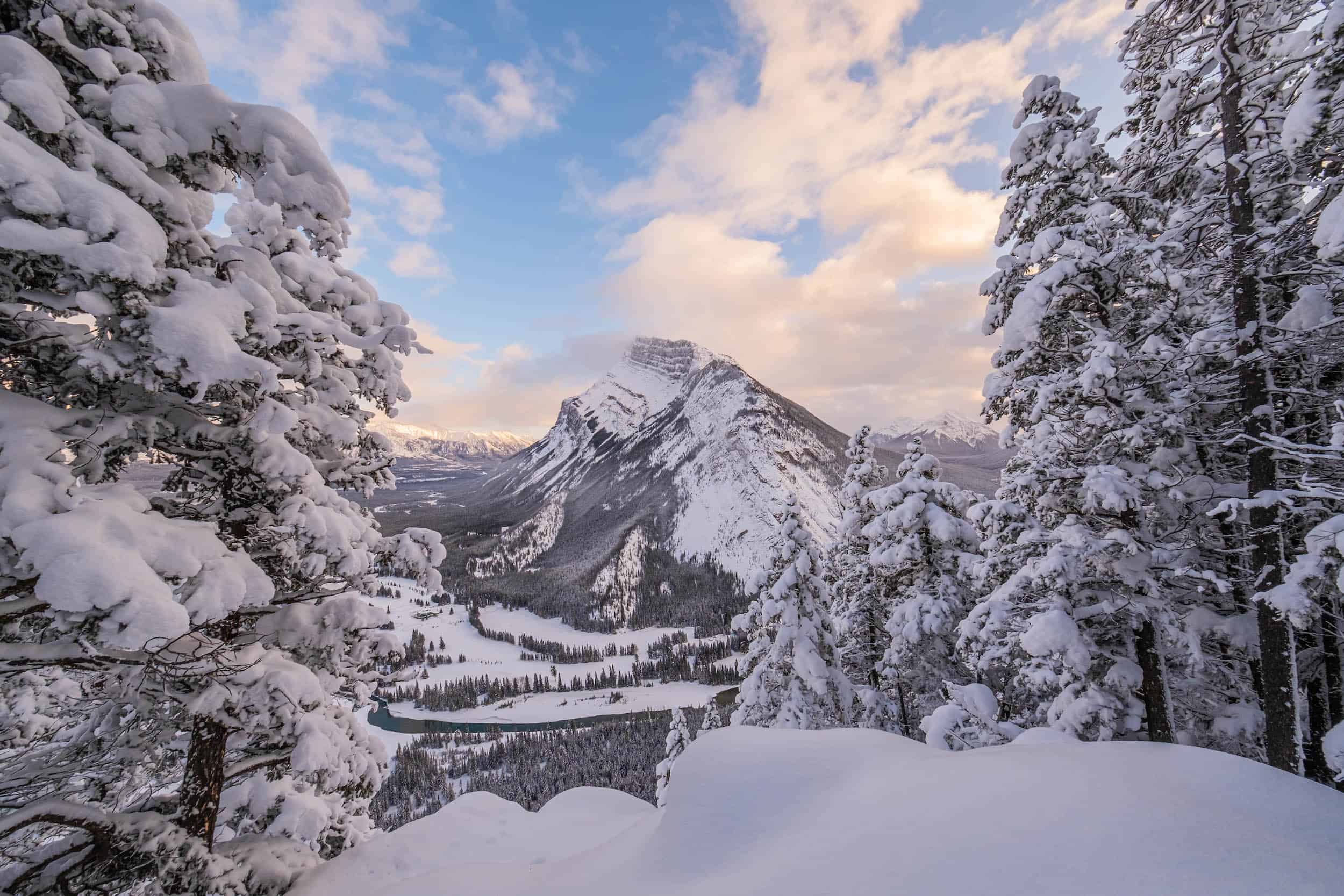 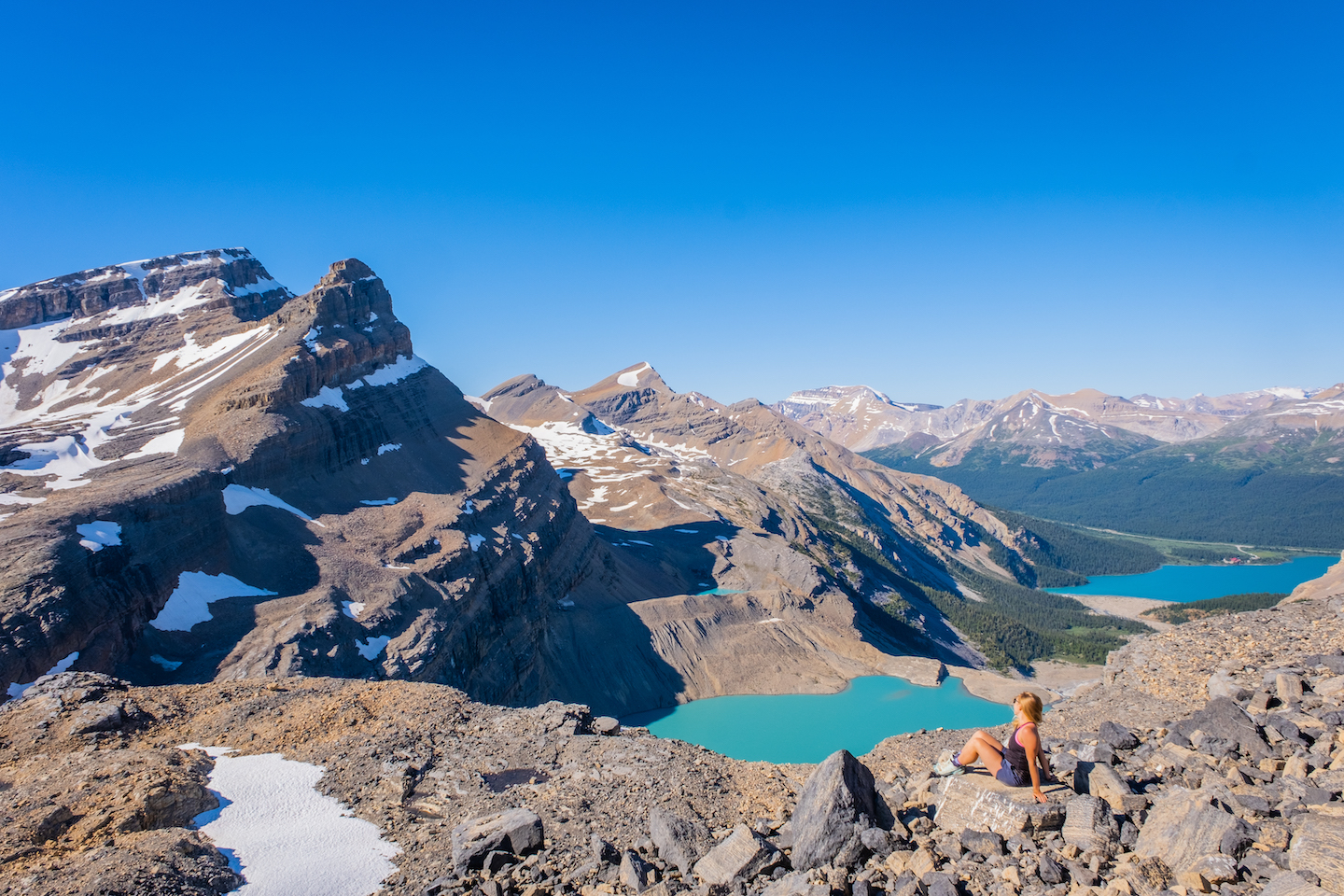